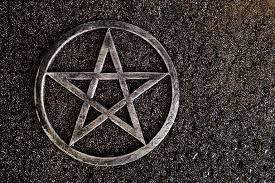 Born in Duncan, Mississippi, she was the daughter of John Hawkins and Sarah Mason. She was raised and educated in Clarksdale, MS and was a graduate of Oakhaven High School in Memphis, TN.

She enlisted in the United States Army, following graduation and served her country as a U.S. Army Nurse. She was always helping people, as it was her true nature.

Billie lived a colorful life and utilized her talents within her professional life. Following her service to her country, she worked for many years at the University of Tennessee – Memphis, as a speech writer. Her elegant prose was eloquently delivered by United States Senators, other Politicians, University Presidents, and civic leaders alike. She was well respected for her ability to motivate people with the written word. Always an advocate for those in need, she was the founder of the Tipton County Humane Society in Drummonds, TN and more recently was an advocate for quality senior housing.

A longtime resident of the City of Salem, Billie was a mentor to many and was actively involved with many political and civic groups throughout the city. She was a talented photographer, always able to capture the essence of the lives and world around her.

Through her passion for genealogy, she helped people connect throughout the world, while continuously researching her own family history. She served as a Justice of the Peace, marrying many couples over the years. She was faithful to her Wiccan Community and was featured in National Geographic magazine in 1979 with her long-time, dear friend, and sister of the coven, Therese DeVoe. Billie truly was an old soul with a delightful personality.

Billie is survived by her sons, Todd Swirka and his wife Carrie of Drummond, TN, Jacey Bonaiuto and his partner Amy and Deacon Churchill and his wife Kerri of Salem, MA; Her beloved grandchildren: Tara, Dylan, Cody, Courtney, Hayden, Mason, Emily, Mariah, Michael, Mikey, and Maggie; Her three great grandchildren and several nieces and nephews. She was the sister of Sarah Lindsay Willard, and the late Michael and Steve Hawkins and Sandra Reyna.

Her greatest achievement in life was becoming a grandmother. She relished in spending time with her family and especially loved being surrounded by her grandchildren. Her legacy will live on through the many lives she impacted. Her existence has enhanced the lives of those fortunate enough to have experienced her light and love.

ARRANGEMENTS: Relatives and friends are invited to a celebration of Billie’s life which will be held Graveside in the Veterans Section, Chapel Hill, of Greenlawn Cemetery, Orne St., Salem, Saturday, July 18th at 11 A.M. Assisting the family with the arrangements is O’Donnell - Cremations - Funerals – Celebrations, 84 Washington Sq., (at Salem Common) Salem. Sharing written remembrances and condolences, during this time will be essential in helping Billie’s family reminisce, celebrate and heal. We encourage you to share your memories by visiting her eternal tribute. Donations in Billie’s memory may be made by clicking the donation link at the top right of her eternal tribute page at www.odonnellfuneralservice.com. Donations will help to support her family and the cause.

To send flowers to the family or plant a tree in memory of Billie McGregor, please visit our floral store.