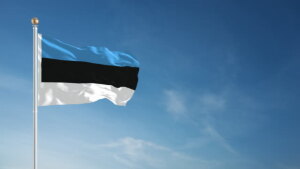 Passed away peacefully on Sunday, September 26th, 2021 at Brooksby Village in Peabody, MA after a short illness at the age of 101. Born in Tallinn, Estonia in 1920 and formerly a resident of Wantagh, NY, for over 50 years, she leaves many friends around the globe and a family that loved her dearly.

Edith is survived by her son, Ian Hayes and his wife Anne; daughter Linda Hayes; granddaughter Jessica Hayes, husband Andres Gonzalez, and great grandchildren, Milo and Lucia; niece, Kathi Sander; and nephew Tom Sander and his wife Lila.  She was also a grandmother to Nina Bjornstad Montague and Greg Bjornstad.  She was the beloved wife for 65 years of the late John Sander Hayes who passed away in 2011.

Active and engaged until the end, Edith lived a long and fascinating life well, and to the fullest.

She spoke four languages, enjoyed travel and gardening, and was a gifted portraiture artist. She and John were active members of their local art club. She loved going to the beach, swimming, and kayaking with John; she was still kayaking at age 93!  An inspired cook, she loved to entertain and was an enthusiastic baker who always had something sweet on hand for a guest, from chocolate silk pie to peppermint brownies to a slice of pasha, a rich, traditional Easter treat. No Christmas was complete without her pecan crescents, truffles, and gingerbread cookies.

Born in Estonia during its brief interlude of independence between world wars, she was the daughter of Karl and Helene (Kuže) Sander and grew up with three brothers, Edmund, Arkadius, and Karl-Georg. Although her given name was Edith, she called herself Maimu, which means “little fish” in Estonian. It was a prescient choice; she proved to be a lifelong lover of swimming, kayaking, and the ocean. The name stuck; she was Maimu to friends and family throughout her life.

Teased by her brothers for being stubborn, she used this trait to her advantage to meet and overcome the many challenges thrown her way over her 101 years.  She studied French at the University of Tartu and became a proud member of the sorority Indla Korp, but unfortunately, World War II interfered.  The invasion of Estonia by the Soviets shattered her previously happy existence and cost the lives of her brothers Arkadius and Karl-Georg.  Rather than face life under harsh Soviet occupation, she left home and country, alone and with her worldly possessions in a backpack, at age 19, escaping into Germany in 1944.  As a refugee, she survived wartime’s many horrors including bombings, shortages, loss of many friends and the constant risk of falling into the hands of the Soviet army.

By war’s end Maimu was living in a refugee camp in Amberg, Germany unable to return to occupied Estonia. She spent frustrating, futile years waiting to emigrate to the US, breeding a lifelong hatred of bureaucracy and red tape. But it wasn’t all a waste; while in the camp she met a handsome Frenchman (John Hayes) working for a relief organization, who fell in love with her at first sight. Married in 1946, Maimu and John were finally able to emigrate to New York City in the early 1950s.  Once in the United States, the couple raised two children, Ian and Linda. They eventually settled in the town of Wantagh, NY, where they took full advantage of their proximity to Jones Beach. Happily, Maimu was able to reunite with her only brother to survive the war, Edmund Sander.

Maimu worked in graphic design. After retirement she became a passionate volunteer with the P.E.O Sisterhood, an international organization providing education opportunities for female students worldwide. She was proud to claim the friends she made there as sisters. She was also a loving grandmother of three and great grandmother to Milo and Lucia, never tiring of talking about them or looking at pictures and videos. Living long enough to see the arrival of her great grandchildren was a major source of joy to her.

After the loss of John, she began a new chapter of her life, moving to Brooksby Village in Peabody, MA in 2013. She took full advantage of the offerings available to her, joining the art club, attending lectures and taking trips to museums and the opera.  She fought against the inevitable effects of age, but always adjusted to find ways to enjoy life despite handicaps.  Even when confined to a wheelchair, she still did arts and crafts, attended musical events and happily spent time in the courtyard enjoying the outdoors and feeding the families of ducks who enthusiastically joined her.  Her friendliness and positive attitude made her a favorite among her caretakers.

Maimu was proud of her Estonian heritage. She was an active member of Long Island’s Estonian Club and worked actively for the liberation of the Baltic countries from Soviet occupation. Vowing never to set foot in Estonia until the country was once again free, she finally went back the first time in 1992, a year after independence. That began a decade-long fight, ultimately successful, to regain the family home seized by the Soviet government during the long occupation. She and John travelled back to Estonia many times in their later years and Maimu retained ties to Indla Korp and other Estonian organizations throughout her life.

ARRANGEMENTS: Due to the difficulties imposed by the COVID-19 epidemic, funeral arrangements are private.  A celebration of her life will be planned in 2022.  Assisting the family with the arrangements is O'Donnell Cremations - Funerals - Celebrations, 167 Maple St., Danvers, MA 01923. In lieu of flowers, donations can be made in her name to the Newhouse Wildlife Refuge, to help injured and orphaned animals that cannot help themselves. https://newhousewildliferescue.org/support-us

To send flowers to the family or plant a tree in memory of Edith Ilona (Sander) Hayes, please visit our floral store.

You can still show your support by sending flowers directly to the family, or by planting a memorial tree in the memory of Edith Ilona (Sander) Hayes
Share a memory
© 2021 O'Donnell - Cremations - Funerals - Celebrations. All Rights Reserved. Funeral Home website by CFS & TA | Terms of Use | Privacy Policy