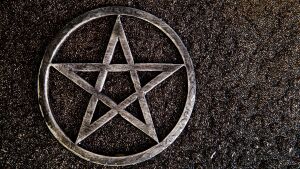 BUCKHANNON, West Virginia - Gailann (Westphal) Frye, age 73, of Buckhannon, WV died unexpectedly on Thursday, September 23, 2021, at home in Buckhannon. She was predeceased by her late husband Buck O. Frye. Gailann was the loving mother of two sons. She was devastated by the loss of her eldest, the late Richard A. Watson in 2018 and remained close to her son Shaun B. Watson and his partner Peter Konrad of Salem. She also leaves her devoted fiancé Michael Cyr currently of Buckhannon.

Gailann was born in Chelsea, MA the daughter of her late parents Harry L. and Irene (Tardiff) Westphal. She was a longtime resident of her beloved Salem and a product of Salem schools. In her teens, she was named “Miss Salem Common” and had fond memories of living in the Common neighborhood at that time. She worked in several roles during her life, including nurse’s aide, hairdresser, reiki master and as a gifted tea leaf reader. Very important to Gailann was serving as a minister and high priestess in her church of the old Celtic tradition. In this role she was known as Onyx Valentine.

Gailann is also survived by her two sisters, Donna Marden of Rochester, NH; Deborah L’Horty and her husband Edward of Salem; her brother Glenn Westphal and his wife Kelly of Glenville, NY; as well as many nieces and nephews, and grandnieces and grandnephews.

Though small in stature, Gailann made her presence known, with her long golden hair, silver jewelry and black dresses (not to mention the high heels!) She will be remembered by those who loved her as a strong and sensitive woman with a sense humor, but one who was unafraid to make her opinions known. She will be missed.

ARRANGEMENTS: Relatives and friends are invited to attend Gailann’s visiting hours in O’Donnell Cremations – Funerals – Celebrations, 84 Washington Sq., (at Salem Common) Salem on Friday, October 1st from 4 to 7 P.M. with a ceremony to begin at 6:30 P.M. All other services are private. In lieu of flowers, contributions in Gailann’s memory may be made to the Sophia Gordon Cancer Center, Lahey Hospital and Medical Center, Gift Processing – Office of Philanthropy, 330 Brookline Ave (OV), Boston, MA 02215. To share a memory or offer a condolence, please visit www.odonnellfuneralservice.com.

To send flowers to the family or plant a tree in memory of Gailann (Westphal) Frye, please visit our floral store.