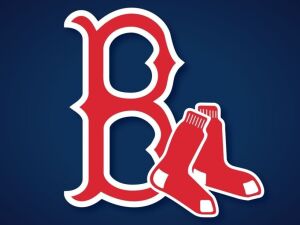 DANVERS - George E. Merritt, 79, beloved husband of 58 years of Joyce (Brusso) Merritt, passed away at home on September 21st, 2022, after a period of declining health with his loving wife and devoted caretaker at his side.

George was born on February 14, 1943, in Merrimac, MA where he was raised.  He was the son of the late George and Marie Merritt. George attended Pentucket Regional High School where he excelled in football, basketball, and baseball.

George and Joyce were married on October 24th, 1964 and settled in their treasured home on the Crane River in the Danversport neighborhood where they raised their sons Bill and Chris and daughter Leslie, until moving to Putnam Farm in Danvers in 2018. George’s love for Joyce was obvious to all and she returned this love with unconditional devotion and care during his illness.

George was a devoted husband and father and had deep pride and admiration for his wife and children. While growing up, George was the kind of dad who would play “catch” with his sons or daughter anytime they asked. He was an avid sports fan attending all his children’s and later grandchildren’s games with Joyce.  He was also a “die hard” Boston sports fan who never missed watching a televised Red Sox, Celtics or Patriots game with his best friend, Joyce. An early riser, George loved to fish for trout on the Ipswich River. He and Joyce also enjoyed many trips to Atlantic City to play the slot machines. George and Joyce set a wonderful example while caring for their own parents in their elder years.

George had a strong work ethic, working as a Union Laborer until he began working for Devcon in Danvers for 25 years until his retirement. With his impish grin and friendly personality, “old blue eyes”, made friends easily.

Besides his wife, George leaves his sons and daughters-in-law, Bill and Maureen Merritt of Danvers, Chris and Rene Merritt of Beverly and his daughter, Leslie Locke of Boxford.  “Grampy” leaves his eight cherished grandchildren: Patrick, Cody and Brendan Merritt, Ceirra, Olivia and Jackson Merritt and Evan and Alexandra Locke.  He is survived by his brother William (Billy) James Merritt and his wife Carlin of Santa Rosa, CA. George had deep admiration for his brother, making his own son Billy’s namesake.  Other survivors include sisters-in-law, Donna Boudrot of Danvers, and Kathy (Ted) Drabkowski of FL, Linda Brusso of FL and Jeanne Brusso of ME, his brothers-in-law David (Claudia) of NH and Rodney (Carol) of ME as well as many nieces and nephews. George was pre-deceased by his dear son-in-law, James (Jim) Locke and his brother David Merritt.

Joyce and the family would like to thank the staff at Putnam Farm and Care Dimensions (especially his nurse Irene) for the compassionate care and support they provided to both George and Joyce.

ARRANGEMENTS: Relatives and friends are invited to George’s funeral service which will be held at O’Donnell Cremations – Funerals – Celebrations, 167 Maple St., (Rte. 62) DANVERS on Saturday, October 1st, 2022, at 1 P.M. Burial is private. Visiting hours prior to the service from 10 A.M. to 12:30 P.M. Expressions of sympathy may be made in George’s memory to the American Diabetes Association New England, P.O. Box 7023, Merrifield, VA 22116-7023 or at ADANewEngland@diabetes.org. To share a memory or offer a condolence, please visit www.odonnnellfuneralservice.com.

To send flowers to the family or plant a tree in memory of George Edward Merritt, please visit our floral store.