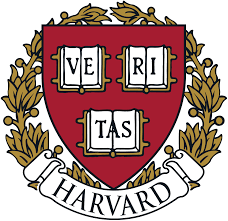 An honorably discharged veteran, Hugh served his country as a member of the United States Army Reserves.

Atty. McNulty had a long and illustrious legal career, practicing corporate law and specializing in tax and securities, followed by a private practice.

Hugh was a true intellectual, a voracious reader and a lover of poetry. Music had a special importance in his life. He was an accomplished pianist and his love of music inspired many. He won the Aaron Copeland music prize while at Harvard. He adored the Opera and escorted tours to the Santa Fe Opera and to Ireland for many seasons. His free time was spent competing on the tennis courts, participating in alumni events as a member of the Harvard University Alumni, Denver Chapter, and ardently debating on local radio shows, including the Chuck and Julie Show and Backbone Radio with Matt Dunn.

He would like to thank his radio friends for allowing him to share his well- articulated opinions. He was renowned for his acerbic wit and patrician debating skills.

Hugh was a life-long animal lover and lived with many dogs and cats over the years.  He and his former wife were extremely generous with their love and time and would take in any stray cat or dog while looking for forever homes for them.

Hugh is survived by his family, friends and colleagues, who will miss him dearly.

ARRANGEMENTS: His funeral services are private. Assisting the family with the arrangements is O’Donnell Cremations – Funerals – Celebrations, 84 Washington Sq., Salem, MA. Donations in Hugh’s name may be made to the Denver Animal Shelter, 1241 W Bayaud Ave., Denver, CO 80223. To view his full life story, share a memory or offer a condolence, please visit www.odonnellfuneralservice.com

You can still show your support by planting a memorial tree in the memory of Hugh Walter McNulty Jr., Esq