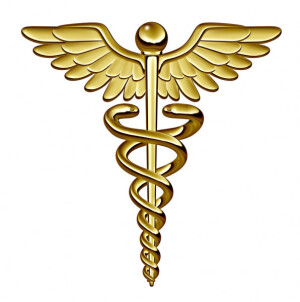 Dr. Griffin was the son of the late Francis and Ethel (Mould) Griffin. He was born and raised in the Hungry Hill neighborhood of Springfield, MA, where he attended Cathedral High School. Jack enrolled at St. Michael’s College in Winooski, Vermont in 1943 and left after his junior year to serve in World War II, enlisting in the United States Navy. Following his service to his country, Dr. Griffin obtained his undergraduate degree from St. Michael’s and enrolled at Georgetown University Medical School in Washington, D.C. While in Washington, Jack met the love of his life, Janice Palmer of Aneta, North Dakota, who had come to Washington to work for North Dakota Congressman, Usher L. Burdick.

Throughout his career, Jack always cared deeply for his patients and family and was tirelessly committed to improving and preserving the health and well-being of others. While he regularly saw patients seven days a week, he never let the demands of his practice and of his family (and extended family) interfere with his deep-seated devotion to his Catholic faith and the teachings of the Church. Without fanfare, he consistently supported charitable endeavors relating to his faith, his calling and his alma mater. He was an especially avid fan of the Boston Red Sox, New England Patriots and his children and grandchildren.

Nothing was more important to Jack than his family, whom he loved dearly. He and Janice raised five children, Mary (David) Salomaki of Kennett Square, Pa; John Jr. (Joanne) Griffin of Amherst, NH; Robert (Elizabeth) Griffin of Beverly, Michael (Susan) Griffin of North Reading, and Stephen Griffin of Boston, as well as 9 grandchildren – Eric, Brian, Christine, John III, Erin, Peter, Meghan, Meredith, and Abigail, one great grandchild, Emma and several nieces and nephews. He was preceded in death by a son, Christopher Griffin and by his siblings, Kathleen and William.

ARRANGEMENTS: Relatives and friends are invited to his Funeral Mass which will be held in St. Mary’s Church, 519 Longmeadow St., Longmeadow, MA, Saturday, Sept. 25th at 11 A.M. Visiting hour at the church prior to the Mass from 10 to 11 A.M. Burial in Gate of Heaven Cemetery, 421 Tinkham Rd., Springfield. All attendees are invited to all services and are kindly asked to wear face coverings. Assisting the family with the arrangements is O’Donnell Cremations – Funerals – Celebrations - Danvers, 167 Maple St., (rte 62) Danvers, MA 01923. In lieu of flowers, donations may be made in Jack’s memory to the Dr. & Mrs. John F. Griffin Medical Studies Award Foundation, St. Michael’s College, Attn: Institutional Advancement, One Winooski Park, Colchester, VT 05439. His funeral Mass will be TribuCast, (Live streamed) you can join them here: https://client.tribucast.com/tcid/2615385321 (By copy & pasting the link into your browser or by clicking the tab below).

To send flowers to the family or plant a tree in memory of John F. Griffin M.D., please visit our floral store.

A Memorial Tree was planted for John