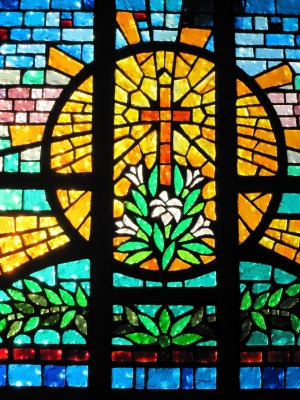 DANVERS – Mr. John Anthony Sabina, 63 of Danvers, loving husband of Linda A. (Sasser) Sabina passed away in the comfort of his home on Wednesday, September 2nd, 2020 with his loving family by his side, after a heroic battle with lung cancer.

Born in Hyde Park, John was the son of the late Francis and Blanche (Bykowski) Sabina. Raised and educated in Hyde Park, he was a graduate of Hyde Park High School class of 1975 and continued his education at Berkeley School of Music, as well as ITT Sylvania Tech, where he graduated top of his class.

John dedicated his entire professional career spending over 40 years in the dental industry, where his hard work and dedication allowed him to excel in his career, forming long lasting connections and relationships.

A gifted musician, John learned to play the drums at the young age of four. Drumming was a true talent and passion of his that he carried on throughout his life, which led to him traveling across the country on tour, with one of his many bands. Some of his musical accomplishments included singing the National Anthem with his band members at Fenway Park, opening for Crosby, Stills & Nash and playing a label showcase at the Paradise Rock Club in Boston.

Deeply devoted to his faith, John was a strong leading figure and longtime member of St. Richard Parish in Danvers. John’s passion for drumming intertwined respectfully with his faith, where he was a true driving force behind St. Richard’s young adult liturgical music group, Life Teen.

John treasured being involved in his church community, but above all else, John’s greatest love was for his wife, children and grandchildren. John’s warm personality and electric energy was one of a kind, resulting in hundreds of close personal friendships throughout life. His uplifting, positive outlook on life, undying spirituality and selflessness will be fondly remembered by all who knew him.

Onward and upward always, our dear friend, you will be greatly missed.

ARRANGEMENTS: Relatives and friends are invited to attend John’s visiting hours in the Peterson-O’Donnell Funeral Home, 167 Maple St., (Rte. 62) Danvers on Tuesday, September 8th from 4 to 7 P.M. All other services are private. All attendees are required to wear face coverings, and practice social distancing. In lieu of flowers, donations may be made in John’s memory to the Dana Farber Cancer Institute, 450 Brookline Avenue, Boston, MA 02215. Sharing written remembrances and condolences during this time will be essential in helping John’s family reminisce, celebrate and heal. We encourage you to share your memories by visiting his eternal tribute at www.odonnellfuneralservice.com.

To send flowers to the family or plant a tree in memory of John Anthony Sabina, please visit our floral store.