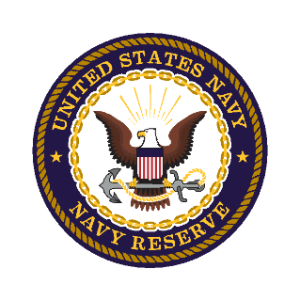 Born in Lynn, Jack was the son of the late Michael A. and Anna M. (Guilfoyle) Kennedy. Raised and educated in Salem, Jack was a graduate of Salem High School, class of 1949. He continued his education at Boston University and was a graduate of the American College of Financial Services in Pennsylvania, earning his professional degree in Insurance (CLU).

Jack dedicated his professional career to finance and insurance, working for Boston Mutual Life Insurance company for over 40 years, taking great pride in helping many people. Devoted to his country, Jack also served as an Administration Officer and Classifier for the United States Navy Reserves at the US Navy Sub Support Base DET-301 in New London, Connecticut for over 32 years, retiring from the Reserves as a Master Chief Petty Officer.

Jack truly found harmony helping others in both his professional and personal life and was a member and supporter of many organizations including; the Navy Chief’ Club Surface Division 1-26 in Salem where he was a member and past President, the Navy Enlisted Reserves Association where he was a lifetime member, the Fleet Reserve Association, the Danvers Polish Club, the AFL/CIO Insurance Workers Union (former Vice President) and Boston Mutual CLU Association (former President).

He lived for golfing, and enjoyed playing on courses all over New England, especially the Wenham Country Club where he was an active member for over 66 years. Throughout his golfing history, Jack was the present and former Senior Champion at the Wenham Country Club, a title he was extremely proud of in addition to his accomplishment of making 10 Holes in One! Jack was the former Golf Chairman of Junior Golf and even had the Jack Kennedy Trophy named in his honor, recognized by the Danvers Jay Cee’s. He truly enjoyed the comradeship in the game of golf amongst all ages. In the winter months when the courses were closed, Jack found himself skiing most of the mountains throughout New England,  and was particularly proud of his accomplishment of skiing the Alps in Innsbruck, Austria. Giving back to others, Jack helped run the Danvers Plaza Ski Club for over 10 years. The legacy he leaves behind is evident in all the lives he touched through his charity, work, friendships and love. He will be deeply missed.

ARRANGEMENTS: Relatives and friends are invited to attend Jack’s funeral service which will be held at O’Donnell Cremations – Funerals – Celebrations, 167 Maple St., (rte. 62) DANVERS on Monday, November 22nd at 11 A.M. Burial in Walnut Grove Cemetery, Danvers. Visiting hours on Sunday, November 21st from 4 to 7 P.M. In lieu of flowers, donations in Jack’s memory may be made to the Friends of the Danvers Council on Aging, 25 Stone St., Danvers, MA 01923. To share a memory or offer a condolence, please visit www.odonnellfuneralservice.com.

To send flowers to the family or plant a tree in memory of John "Jack" W. Kennedy, please visit our floral store.