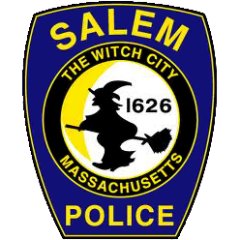 DANVERS – Mr. John J. “Jack” Lee, 96, of Danvers, retired City of Salem Police Officer, beloved husband of the late Ruth (McManus) Lee, died Friday, May 8, 2020 at the Linden in Danvers where he made great relationships. The family will forever be grateful to the wonderful staff and care he received at the Linden.

Born in Salem, he was the son of the late Francis A. and Ethel M. (Fellows) Lee. He was raised and educated in Salem and attended the former St. Mary’s School in Salem. He continued his education at Salem High School. As a young man he joined the C.C.C. and worked on Forestry projects in Acadia, Maine.

An honorably discharged veteran, he served his country as a member of the United States Navy, Seabees, during World War II in the Pacific Theatre. Following his return from serving his country, Jack was stationed as a Naval Reserve at the former Submarine Base in Salem.

Mr. Lee began his career in Law Enforcement in 1950 as a Reserve Salem Police Officer. In 1953, he was sworn in as a full time Police Officer of the City of Salem Police Department. Officer Lee dedicated his professional career to serving and protecting the residents and citizens of the City of Salem. He was proud of his service to his home city of Salem and took great pride in making the city a safe place to live and work. He served as a Police Officer for 25 years and retired in 1979. During his years on the department he also served on the City Ambulance duty. Just another way Mr. Lee impacted and helped the people of Salem. He was known for his care and concern for his fellow Salemites.

A long-time resident of the City of Salem, Jack was an active communicant of the Immaculate Conception Church in Salem and was a member of the Disabled Veterans of Peabody. Faith, Family and community were at the heart of who Jack was. He was a devoted father and husband and loved his family deeply. He also had a profound passion for the game of golf. In retirement, Jack golfed five days a week, often at Salem Municipal Golf Course and Cape Ann Golf Course, where he relished in the camaraderie and friends made on the links. Yet above all else it was family that was the center of his life. He was ultimately proud of his children, grandchildren and great grandchildren and loved them dearly.

He will be remembered for his devotion to his country, his dedication to his city, his faith in God, his love of family and his terrific short game on the links. He will be deeply missed.

ARRANGEMENTS: Relatives and friends are invited to his funeral Mass which will be held in the Immaculate Conception Church, Hawthorne Blvd., Salem, July 8th at 10 A.M. Burial in St. Mary’s Cemetery, Salem is private. Assisting the family with the arrangements is O’Donnell – Cremations – Funerals – Celebrations, 84 Washington Sq., (At Salem Common) Salem. In lieu of flowers, expressions of sympathy may be made in Jack’s memory to Greater Boston Food bank, 70 S. Bay Ave., Boston, MA 02118. Sharing written remembrances and condolences, during this time will be essential in helping Jack’s family reminisce, celebrate and heal. We encourage you to share your memories by visiting his eternal tribute at www.odonnellfuneralservice.com

To send flowers to the family or plant a tree in memory of John "Jack" Lee, please visit our floral store.