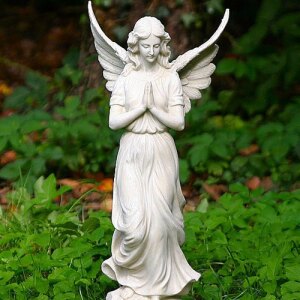 PEABODY – Madeline S. Bouffard, 90, of Peabody passed away in Lafayette Nursing Home on Wednesday, June 1. Born in Peabody, she was the daughter of Elmer and Elmira (McEwen) Brissette. Madeline was the wife of the late Daniel J. Bouffard, Sr. with whom she had celebrated 62 years of marriage.

Mrs. Bouffard was born, raised, and educated in Peabody. She attended and graduated from Peabody High School, where she met her soulmate and future husband, Daniel. Madeline worked at the Schutz Ice Cream Shop in Salem during her younger years, and later went on to work for Lynn Union Hospital as a Dietary Aide, and Farnsworth Nursing Home in Peabody before retiring.

Madeline was of the Catholic faith, and a member of Saint John the Baptist Church. She enjoyed spending time at the Peabody Senior Center, where she also was a volunteer, playing bingo, and bowling. Madeline was a loving wife, mother, sister, nana, and great-grandmother who will be missed dearly.

Madeline is survived by her children; Mary Ellen Sahlin and her husband Rick of Raymond, NH, Susan Sliney and her husband Michael of Middleton, MA, and Daniel J. Bouffard Jr of Pittsfield, NH. She is also survived by 10 grandchildren and 13 great-grandchildren (with one on the way), and her siblings; Ronald Brissette of Florida and Janice Cope of California. In addition to her husband, Daniel Sr., she is preceded in death by her son Noel Bouffard, her brother David Brissette, and two great-great grandchildren.

ARRANGEMENTS – Relatives and friends are invited to her Funeral Service which will be held at O’Donnell Cremations - Funerals - Celebrations, 84 Washington Sq., (at Salem Common) SALEM on Tuesday, June 7th, at 2 P.M. Visiting hours are prior to the service from 12 Noon to 2 P.M. Burial will be held in St. Mary’s Cemetery, Salem on Thursday, June 9th at 12 P.M.  Expressions of sympathy may be made in Madeline’s memory to the Friends of the Peabody Council on Aging, 75R Central Street, Peabody, MA 01960. To share a memory or offer a condolence, please visit www.odonnellfuneralservice.com

To send flowers to the family or plant a tree in memory of Madeline S. Bouffard, please visit our floral store.

A Memorial Tree was planted for Madeline