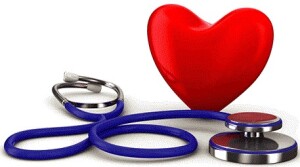 PEABODY – Mrs. Marianne Susan (Doron) Bick, 69, of Peabody, loving wife of the late John Peter Bick, passed away peacefully on Sunday, September 18th, 2022 at the Kaplan Family Hospice House in Danvers with her devoted family by her side.

Born in Peabody, Marianne was the daughter of the late Frederick Stanley and Florence Margaret (Swiniuch) Doron. Raised and educated in Salem, she was a graduate of Salem High School, class of 1971, and continued her education at Salem Hospital’s School of Nursing.

Marianne would continue her professional career with Salem Hospital, dedicating over 42 years as a Registered Nurse for the OR Department. For many, Marianne was a familiar and comforting caretaker during uncertain times which provided her great joy as she faithfully tended to those in need.

A loving wife, mother, grandmother, sister, and dear friend, Marianne was happiest when with family, doting on her beloved grandchildren and making memories. She was a longtime member of the First Baptist Church in Beverly, serving as a Deacon and volunteering on mission trips to help build homes. Later in life, Marianne enjoyed reading, crocheting, finishing puzzles with her sister, traveling to many places, especially Europe, and spending time at her good friends’ cabin in New Hampshire. Marianne touched many lives with her kindness and will be deeply missed by many.

Marianne is survived by her sons and their spouses, David Bick and his wife, Adelfa of Dracut, Daniel Bick and his wife, Jessica of Beverly, and Michael Bick and his partner, Jay Robert of New Orleans; her grandchildren, Maridel, John, Mason and Landon Bick and Jori DelleGrotte; her sister, Kathleen Canney of Peabody; her brother, Stanley Doron and his wife, Barbara of Danvers and several nieces, nephews and close friends including, John and Maureen Takis and Kathi and Joe Czarnecki.

ARRANGEMENTS: Relatives and friends are invited to attend Marianne’s funeral service which will be held at O’Donnell Cremations – Funerals – Celebrations, 84 Washington Sq., (at Salem Common) SALEM on Friday, September 23rd at 6 P.M. Visiting hours prior to the service from 3:30 P.M. to 6 P.M. In lieu of flowers, donations in Marianne’s memory may be made to St. Jude Children’s Research Hospital, 501 St. Jude Place Memphis, TN 38105, or to Care Dimensions, 75 Sylvan St., (Suite B-102) Danvers, MA 01923, or to any Breast Cancer Research Organization of one’s choice. To share a memory or offer a condolence, please visit www.odonnellfuneralservice.com.

To send flowers to the family or plant a tree in memory of Marianne Susan (Doron) Bick, please visit our floral store.

A Memorial Tree was planted for Marianne