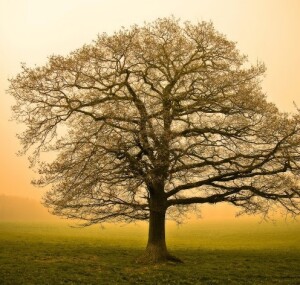 GLOUCESTER – Mr. Michael Edward Gill, 55 of Gloucester loving husband of the late Angela M. (Krenzel) Gill, passed away on Monday, January 25, 2021 at his home with his family by his side.

Born, in Beverly, Michael was the son of Ann Marie (LaBonte) Wallace of Hampton, NH and Edward L. Gill of Gloucester. Raised and educated in Beverly, Michael attended Beverly Public Schools and was a graduate of Essex Agricultural School in Danvers.

Michael proudly serviced his country as a member of the United States Army immediately following his high school graduation. Upon his discharge, Michael embarked on his professional career. His love for agriculture and his keen eye for detail allowed him to excel in the landscaping and groundskeeping industry. He was the proprietor of Better View Landscaping in Seabrook, New Hampshire and most recently was employed as the groundskeeper for the Brookwood School in Manchester-by-the-Sea.

A loving husband, father, son, brother, uncle and grandfather, Michael loved his family and his many dear friends. He had a deep love for animals, especially his dogs and enjoyed taking them to the park. Michael could be found spending time on the beach or riding around in his truck drinking his Dunkin Donuts coffee and listening to anything from the 70s to today’s music. He will be deeply missed by his loving family and friends.

ARRANGEMENTS: At the request of the family, all services are private. Assisting the family with the arrangements is O’Donnell – Cremations – Funerals – Celebrations, 167 Maple St., Danvers, MA 01923. In lieu of flowers, donations in Michael’s memory may be made to Northeast Animal Shelter. To share a memory or offer a condolence, please visit www.odonnellfuneralservice.com.

To send flowers to the family or plant a tree in memory of Michael Edward Gill, please visit our floral store.

You can still show your support by sending flowers directly to the family, or by planting a memorial tree in the memory of Michael Edward Gill
Share a memory
© 2021 O'Donnell - Cremations - Funerals - Celebrations. All Rights Reserved. Funeral Home website by CFS & TA | Terms of Use | Privacy Policy