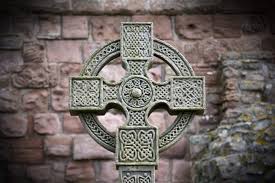 DANVERS- Mr. Paul Donald. Nee, 88, of Danvers beloved husband of the late Miriam H. (Darcy) (Parker) Nee, with whom he shared 46 years of marriage, passed away Monday, February 8, 2021 at Beverly Hospital due to complications of COVID-19.

Born in Boston he was the son of the late, Michael and Sarah (Crilley) Nee. He was raised and educated in Boston and attended Boston Public Schools.

An honorably discharged veteran, Paul proudly served his country as a member of the United States Air Force during the Korean War. After being discharged he was an active member on the American Legion Post 270 in Boston and served as a Post Commander.

Mr. Nee began his career at Pratt & Whitney and soon transferred to the General Electric Company as Lead Mechanic in their aircraft engine department where he was known for his strong work ethic, attention to detail and dedication to his craft for over 20 years until the time of his retirement.

A loving husband, father, grandfather and great-grandfather, Paul loved being surrounded by his family. He was known for his quick wit, his never ending one liner’s and was always in search of a new audience to share his jokes. He and Miriam loved dancing, bowling, and traveling. A talented photographer with a great eye for detail, Paul soon became the family photographer chronicling the whole family’s milestones, accomplishments, events and holiday’s, mementos that can be shared for generations to come. Paul will be remembered as a quiet, funny, loving family man and deeply missed by all who had the pleasure of knowing him.

ARRANGEMENTS: At the family’s request all services are private. Relatives and friends are invited to join the family remotely on Thursday Feb. 18th at 12:45 P.M. for his funeral service by clicking the link below or copy and pasting the address into your browser (https://client.tribucast.com/tcid/85439885). Assisting the family with the arrangements is O’Donnell Cremations - Funerals - Celebrations, 167 Maple St., Danvers, MA 01923. In lieu of flowers, expressions of sympathy may be made in Paul’s memory to Wounded Warrior Project, P.O. Box 758516, Topeka, KS 66675-8516. Sharing written remembrances and condolences, during this time will be essential in helping’s Paul’s family reminisce, celebrate and heal. We encourage you to share your memories by visiting his eternal tribute at www.odonnellfuneralservice.com.

To send flowers to the family or plant a tree in memory of Paul Donald Nee, please visit our floral store.

Video is available for this event

Please note
Paul's funeral service is PRIVATE - But you can attend remotely (ON LINE) by clicking the link above. Please do not come to the funeral Home in person. Thank you.
Share a memory
© 2021 O'Donnell - Cremations - Funerals - Celebrations. All Rights Reserved. Funeral Home website by CFS & TA | Terms of Use | Privacy Policy