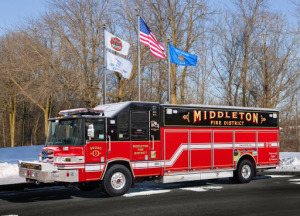 MIDDLETON – Mr. Peter Bradstreet Francis, 71 of Middleton, loving husband of the late Sharon Ann (Ahern) Francis with whom he shared 43 years of marriage, passed away peacefully on Saturday, November 7, 2020 in the comfort of his home, with his family by his side.

A veteran of the Vietnam War, Peter proudly served his country as a member of the United States Air Force.

Peter’s greatest joy was his family. He loved his wife and daughter, but truly relished in the bliss of being a grandfather to his granddaughter Kaylee. He loved to travel and especially enjoyed his time visiting Disney World where he shared magical joy creating memories with his family starting back in 1970. He will be sorely missed by all who knew and loved him.

Peter is survived by his daughter, Kim Ann Knight and her husband Eric of Middleton, his beloved granddaughter Kaylee Knight of Middleton, his brothers, Wayne Francis and his wife Sue of Peabody, William Francis and his wife Maria of Salem and David Francis of Peabody, his nieces Michelle and Jennifer and nephew, Andrew and many loving and extended family members and friends.

ARRANGEMENTS: At the request of the family, all services are private. Assisting the family with the arrangements is the Peterson-O’Donnell Funeral Home, 167 Maple St., (Rte. 62) Danvers. In lieu of flowers, donations may be made in Peter’s memory to the Middleton Fire Department, 4 Lake Street, Middleton, MA 01949. Sharing written remembrances and condolences, during this time will be essential in helping Peter’s family reminisce, celebrate and heal. We encourage you to share your memories by visiting his eternal tribute at www.odonnellfuneralservice.com.

To send flowers to the family or plant a tree in memory of Peter Bradstreet Francis, please visit our floral store.

You can still show your support by sending flowers directly to the family, or by planting a memorial tree in the memory of Peter Bradstreet Francis
Share a memory
© 2020 O'Donnell - Cremations - Funerals - Celebrations. All Rights Reserved. Funeral Home website by CFS & TA | Terms of Use | Privacy Policy