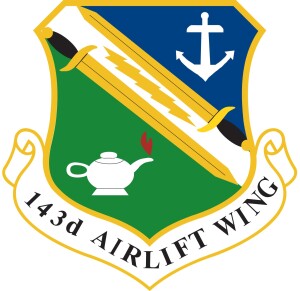 Born in Providence, R.I., he was the son of the late Raymond E. and Marjorie (Kearns) Bourgoin. He was raised and educated in Warwick, R.I. and was a graduate of Bishop Hendricken High School. He continued his education at Providence College where he earned his Bachelor’s Degree as a member of the class of 1971.

Mr. Bourgoin held multiple positions in the financial technology field over the course of his long and illustrious career. He had been associated with the CVS Pharmacy company for many years. He also worked for EDS as a technology consultant. He was most proud of his time as the Chief Technology Officer of the Boston Stock Exchange, a position he held with esteem for many years until the time of his retirement.

A longtime resident of Warwick and West Warwick, R.I. and Saugus, he and his beloved wife more recently moved to Topsfield. Ray had four passions in his life: flying, photography, cars and first and foremost, his grandchildren. He was an expert Navigator and relished every moment spent in the air. He was also a zealous car buff having been a member of the Porche Owners Club. He even treated his beloved Porche better than some treat their kin. He liked golfing, but was happiest surrounded by his family, his friends and his beloved flying buddies. He will be deeply missed.

Raymond is survived by his beloved wife of 32 years, Dianora Maria (Lamberti) Bourgoin of Topsfield, his children, Michael E. Bourgoin and his wife, Robyn of West Warwick, R.I., Arthur W. Caggiano and his wife, Amy of Wakefield, Krista M. Evans and her husband, John of Danvers and Keith F. Bourgoin and his wife, Angel of Melrose, his grandchildren, Jocelyn, Logan and Haven Bourgoin, Ava and Ella Caggiano, Emmett Evans and Calvin and Madeleine Bourgoin, his sister, Marie McKenna and her husband Robert of Warwick, R.I. and several nieces and nephews. He was the brother of the late Andrew Bourgoin.

ARRANGEMENTS: His funeral will be held from O’Donnell Cremations – Funerals – Celebrations 167 Maple St., (rte 62) DANVERS, Tuesday, June 21st at 10 A.M. followed by his funeral Mass in St. Mary of the Annunciation Church, Conant St., Danvers at 11 A.M. Relatives and friends invited. Burial in Puritan Lawn Memorial Park, Peabody. Visiting hours Monday, June 20th from 4 to 7 P.M. In lieu of flowers, expressions of sympathy may be made in Ray’s memory to the American Heart Association, P.O. Box 840692, Dallas, TX 75284 or to the Wounded Warrior Project, P.O. Box 758516, Topeka, KS 66675. To share a memory or offer a condolence, please visit www.odonnellfuneralservice.com

To send flowers to the family or plant a tree in memory of Raymond Francis Bourgoin, please visit our floral store.

A Memorial Tree was planted for Raymond