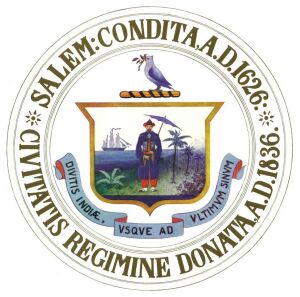 Born in Salem, he was the son of the late Leo and Elsie (Bettencourt) Parent. He was raised and educated in Salem and was a graduate of Salem High School. He continued his education over the years earning professional certificates as a licensed electrician.

Rich began his professional career with ADT and had been associated with Boston Fire Extinguisher, Talbot Electric and the Salem Waterfront Hotel. For many years he worked in Plant Operations at Salem Hospital. He was currently a Working Foreman for the City of Salem Electrical Department.

A lifelong, proud Salem resident, Rich was truly devoted to his family. He enjoyed riding his motorcycle to Hampton Beach with his beloved wife, working on home improvement projects, or tending to his yard. He loved coaching youth sports when his kids were younger, hanging out with his dog Newman and watching and quoting his favorite Seinfeld episodes. More than anything else he was a true family man. He was happiest when surrounded by his grandchildren and loved getting together for holidays and birthday celebrations. He was a good man, always there for anyone in their time of need and will be forever missed.

Richard is survived by his daughters, Christine Gross and husband, Jason of Danvers, Amy Parent and her companion, Alex Ortiz of Marblehead, and Kimberly Wilson-Sidelinger and husband, Harry Sidelinger of Danvers. His six beloved grandchildren, Alyza and Gabby Carrion, Gavin and Reagan Gross, and Luke Wilson and Madison Sidelinger. He is also survived by his brother, Arthur Parent and wife, Marlene of Peabody, his sister, Kathleen Demers and husband, Rene of Rockport, and sister, Laureen Parent-McCarthy, and her husband, Billy of Peabody as well as several nieces and nephews and extended family.

ARRANGEMENTS: His funeral will be held from O’Donnell Cremations – Funerals – Celebrations, 84 Washington Sq., (at Salem Common) SALEM, Monday, May 16th at 9:15 A.M. followed by his funeral Mass in the Immaculate Conception Church, Hawthorne Blvd., Salem at 10 A.M. Relatives and friends invited. Burial in St. Mary’s Cemetery, Salem. Visiting hours Sunday, May 15th from 3 to 7 P.M. In lieu of flowers, expressions of sympathy may be made in Richard’s memory to Mass General - North Shore Cancer Center – C/O Mass General Development Office, 125 Nashua St., Ste. 540, Boston, MA 02114. To share a memory or offer a condolence, please visit www.odonnellfuneralservice.com

To send flowers to the family or plant a tree in memory of Richard J. Parent, please visit our floral store.