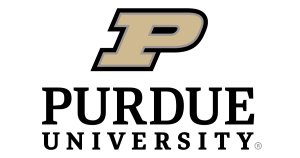 Born in Chicago, Illinois, he was the son of the late Robert and Lucille (McCormick) Donnell. He was raised and educated in Chicago, Illinois and Elkhart, Indiana and was a 1956 graduate of Elkhart High School. He continued his education earning his Bachelor of Science in Chemical Engineering from Purdue University in 1968 and completed graduate engineering courses at Northeastern University.

An honorably discharged veteran, he served his country as a member of the United States Army 1961 - 1963 in the 497th Engineer Company (Port Construction) stationed at Fort Belvoir, Virginia.

During his life Bob traveled extensively for work including extended periods spent in Taiwan and South Korea, and traveled with this family throughout the Middle East, Europe, and Africa.

Mr. Donnell began his career as a chemical engineer in the petrochemical industry and served in various roles of increasing responsibility for engineering, environment, and finance. Bob spent many years with The Badger Company/Badger American in Cambridge, MA, which was a then owned by Raytheon Company. For over 16 years he was employed overseas with SADAF and ARAMCO in Al-Jubail and Dhahran, Saudi Arabia. Bob returned state side again in 2000 and later joined The Shaw Group in Cambridge, MA, where he worked until the time of his retirement.

A resident of the Town of Boxford from 1968 to 1984 and upon returning from Saudi Arabia until his passing. Boxford was truly home. Faith was an important part of Robert’s life. He was a communicant of St. Rose of Lima Parish in Topsfield. He enjoyed his retirement spending his time following the stock market, politics, and international affairs, especially concerning the petroleum industry and the Middle East.

Robert encouraged a passion for reading among his children at a very young age and instilled a lifelong appreciation for the value of education. Above all else, he was ultimately proud of his children and grandchildren and will be deeply missed.

ARRANGEMENTS: His funeral Mass will be held at St. Rose of Lima Parish, Park St., Topsfield, Thursday, January 6th, 2022 at 10:30 A.M. Relatives and friends invited. Burial in Village Cemetery, Boxford. Face coverings must be worn at all services. Assisting the family with the arrangements is O’Donnell Cremations – Funerals – Celebrations 167 Maple St., (Rte 62) Danvers. In lieu of flowers, expressions of sympathy may be made in Robert’s memory to the Parkinson's Foundation (www.parkinson.org). To share a memory or offer a condolence, please visit www.odonnellfuneralservice.com

To send flowers to the family or plant a tree in memory of Robert Frederick Donnell, please visit our floral store.