Share a memory
Obituary & Services
Tribute Wall
Read more about the life story of Robert and share your memory.

PEABODY – Mr. Robert Paul Houghton, 75 of Peabody, loving husband of Linda (Shapiro) Houghton, passed away peacefully on Sunday, January 22nd, 2023 at the Kaplan Family Hospice House in Danvers.
Born in Somerville, Robert was the son of the late Daniel and Edna (Hanlin) Houghton. He was raised and educated in Winthrop and was a high school graduate.
An honorably discharged veteran of the United States Army, Bob proudly served his country during the Vietnam War era. Upon his military discharge, Bob worked for over 35 years in the Fleet Service for Logan Airport and as a Commercial Fisherman for many years.
A true gentleman, Bob was a wonderful man who would go above and beyond for anyone in need. He was a longtime member of the Salem A.O.H. – Division 18 and the Italian American Citizens Club in Peabody where he enjoyed great laughs and many friendships. He loved being on the ocean, boating and spending time with his family. He will be deeply missed.
In addition to his wife, Linda of Peabody; Bob is survived by children, Scott Shoer and his wife, Gina of Franklin and Andrew Shoer and his fiancé, Ali of Manchester, NH; grandchildren, Stella, Isaac, Oscar and Leo Shoer; his siblings, Daniel Houghton and his wife, Jean of Franklin, TN, Joseph Houghton and his wife, Margaret of Marblehead, Edna Wildowski of CT and Margaret Mack and her husband, John of Attleboro and many nieces and nephews. He was the brother of the late Charles Houghton and Carol Griffin and brother-in-law of the late George Wildowski.
ARRANGEMENTS: At the request of the family, all services are private. Assisting the family with the arrangements is O’Donnell Cremations – Funerals – Celebrations, 167 Maple St., (Rte. 62) DANVERS. In lieu of flowers, donations in Bob’s memory may be made to the Kaplan Family Hospice House, 75 Sylvan St., Danvers, MA 01923 or to the charity of ones choice. To share a memory or offer a condolence, please visit www.odonnellfuneralservice.com.

To send flowers to the family or plant a tree in memory of Robert Paul Houghton, please visit our floral store. 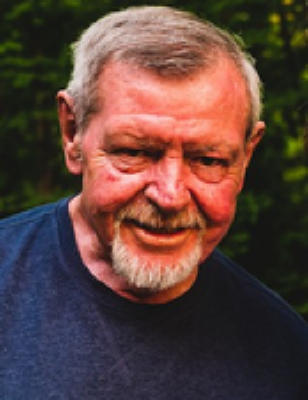 Look inside to read what others
have shared
Family and friends are coming together online to create a special keepsake. Every memory left on the online obituary will be automatically included in the book.

Look inside to read what others have shared

Family and friends are coming together online to create a special keepsake. Every memory left on the online obituary will be automatically included in the book.

You can still show your support by sending flowers directly to the family, or by planting a memorial tree in the memory of Robert Paul Houghton