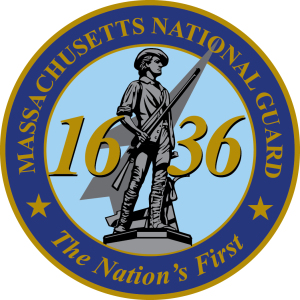 Born in Lynn, he was the son of the late Raymond and Helen (Hennessey) Raney. He was raised and educated in Lynn and was a graduate of Lynn Technical High School. Bob was inducted into the Lynn Tech Hall of Fame in 1990.

An honorably discharged veteran, Raney served in the Massachusetts Army National Guard for over 42 years. He was 16 when he enlisted and served for 20 years in C CO of the 101st Engineer Battalion. He then retired, but re-enlisted in the 101st Engineer Battalion, serving another 22 years retiring as Chief Warrant Officer 4 at mandatory retirement age.

Mr. Raney had been employed for over 42 years at Arthur D. Little Company in Cambridge as Chief Electrician and Maintenance Construction Foreman until the time of his retirement in 1986.

Raney was very active in Boy Scouting in Peabody first with Pack 88 and then Troop 93. He relished family vacations to Lake Winnipesaukee in the Summer, Vermont in the fall and winter vacations in the White Mountains. In his later years, Bob and Ann enjoyed travelling often to Canada and the Tugboat Inn in Boothbay Harbor, Maine, the Nordic Village in the White Mountains of NH, Disney World and frequent trips and cruises to Elbow Beach, Bermuda. They made many great memories over the years and had a loving family whom they supported and were very proud of.

He was an active member of the Yankee Division Veteran’s Association and held the position of North Shore Chapter Commander and National Commander.  He worked tirelessly on their conventions which took them to Missouri, Pennsylvania, Maine, NH, Connecticut and Rhode Island and making many new friends along the way. He was the Commander of the Peabody Veteran’s Council.

Robert was predeceased by his loving wife of over 67 years in January of 2021. They have now re-united in Heaven.

In addition to his loving wife, Mr. Raney was pre-deceased by his son, Robert R. Raney Jr., his sister Jean Evans and his son-in-law, Donald Wolff.

ARRANGEMENTS: His funeral service will be held at O’Donnell Cremations – Funerals - Celebrations, 167 Maple St., (rte 62) DANVERS, Wednesday June 22nd at 10 A.M. Relatives and friends invited. Burial in St. Joseph’s Cemetery, Lynn. Visiting hours Tuesday, June 21st from 4 to 7 P.M. Donations in his memory may be made to the charity of one’s choice. To share a memory, offer a condolence or attend the service remotely please visit www.odonnellfuneralservice.com

To send flowers to the family or plant a tree in memory of Robert R. Raney, please visit our floral store.

A Memorial Tree was planted for Robert