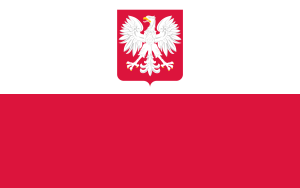 SALEM- Stanley J. Wisniewski, 97, of Salem, beloved husband of the late Theresa (Semenchuk) Wisniewski, passed away unexpectedly on Friday, May 28, 2021 at Salem Hospital surrounded by his loving family.

Born in Salem he was the son of the late Bronislaw and Mary (Maga) Wisniewski, he was raised and educated in Salem and was a graduate of Salem High School Class 1941.

An honorably discharged veteran, Stanley proudly served his country as a member of the United Army during WWII. Stanley saw action in Normandy, Northern France and Central Europe. He was awarded the Purple Heart for injuries he sustained and for his bravery during combat. Upon his return from military service, Stanley embarked on a long career with the United States Postal Service as a postal clerk where he once again served country for over 35 years, demonstrating his strong work ethic and his willingness to help others.

Dedicated as he was to his country he was immensely devoted to his family and church. He had a no-nonsense personality but always coupled it with kindness. He was a loving husband, father, grandfather and great-grandfather who was proud of his children and grandchildren and would tell everyone, of their many accomplishments. He had a strong faith in God and took every opportunity to be thankful for the many blessings in his life. He served his church as he did his country, proudly. He was an active communicant of the former St. John the Baptist Polish Church, now St. John Paul II Divine Mercy Shrine; he was instrumental in their yearly picnic, was a devoted altar server, was a greeter and usher and if you needed to know anything about the church, you asked Stanley. He often joked he was the oldest altar server, which was actually the truth. He was one of the founding members of St John the Baptist Booster Club, raising money for scholarships for member’s families, was a member of the Knights of Columbus, Veragua Council #76 and a member of the PLAV Post #55 all of Salem. Stanley will be forever remembered for his love of family, country and church and deeply missed by his family, many friends and the many lives he touched along the way.

To send flowers to the family or plant a tree in memory of Stanley J. Wisniewski, please visit our floral store.

Visitation
Sunday
June 6, 2021
2:00 PM to 5:00 PM
The O'Donnell Funeral Home
84 Washington Square
Salem, MA 01970
Funeral Mass
Monday
June 7, 2021
10:00 AM to 11:00 AM
St. John Paul II Divine Mercy Shrine
28 St. Peter Street
Salem, MA 01970
Interment
Monday
June 7, 2021
11:30 AM
St. Mary Cemetery
226 North Street
Salem, MA 01970
Please note
MASK POLICY: The wearing of Masks is at the discretion of the deceased's family. If the family asks us to enforce mask wearing, we will be doing so at their request. Please be accepting of their wishes. If they do not have a preference then the wearing of Masks will be optional. - We do have masks available to those who may need or want - as a courtesy. All unvaccinated people are required to wear masks and socially distance to the best of their ability.
Share a memory
© 2021 O'Donnell - Cremations - Funerals - Celebrations. All Rights Reserved. Funeral Home website by CFS & TA | Terms of Use | Privacy Policy