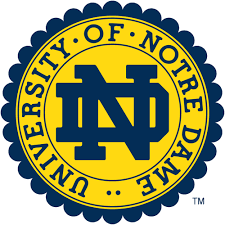 Born in Lawrence, he was the son of the late Albert and Agnes (McGrath) Cote. He was raised and educated in Lawrence and was a graduate of Central Catholic High School, class of 1954. He continued his education at the University of Notre Dame in South Bend, Indiana, graduating with his Bachelor’s Degree in Engineering as a member of the class of 1958.

Tom was an employee of the former New England Electric Systems for 40 years, beginning as an engineer and working his way up through management until his retirement in 2000.  In retirement his activities included teaching GED classes as a volunteer at North Shore Community College. He was a 42-year resident of the Town of Danvers and was a communicant of St. Mary of the Annunciation Church in Danvers for many years.

ARRANGEMENTS: Services for Thomas Cote will be private.  Relatives and friends will be invited to his funeral Mass at a later date. The family thanks the Peterson-O’Donnell Funeral Home, 167 Maple St., Danvers, for assisting with funeral arrangements. In lieu of flowers, donations can be made in Tom’s name to the charity of one’s choice. Memories of Tom and condolences can be shared at www.odonnellfuneralservice.com

To send flowers to the family or plant a tree in memory of Thomas Edward Cote, please visit our floral store.

You can still show your support by sending flowers directly to the family, or by planting a memorial tree in the memory of Thomas Edward Cote
Share a memory
© 2020 O'Donnell - Cremations - Funerals - Celebrations. All Rights Reserved. Funeral Home website by CFS & TA