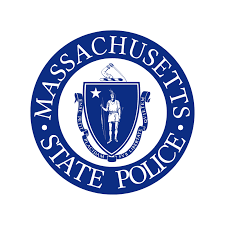 SALEM- Mr. Thomas P. Butler III, husband of Patricia A. (Nolan) Butler for the past 62 years, died Saturday, June 27th, 2020 after a brief illness. He died at home surrounded by his loving family.

Tom was born in Salem, and except for three years in the U.S. Navy, he spent his life living on Gallows Hill in Salem. He went to St. James Grammar School and was a graduate of St. John’s Prep – Class of 1949. After high school he worked at A. H. Widdens in Peabody and briefly at New England Power. In 1951 he joined the U.S. Navy and served as an aerographer aboard the aircraft carrier U.S.S. Yorktown CVA.10. He was a veteran of the Korean War.

After an honorable discharge from the Navy, Tom became a member of the Massachusetts State Police – Class of 1956. For many years Tom was assigned to patrol the western portions of the Massachusetts Turnpike where he escaped death several times – on one occasion while stopping a motorist by the side of the road his cruiser was hit from behind and destroyed with him inside. In 1965 he was assigned to office of the newly elected State Auditor Thaddeus Buczko at the State House in Boston. He spent ten years serving there and went on to finish his State Police career at G.H.Q. 1010 Commonwealth Ave. Boston. He retired in 1980 at the rank of Sergeant (It’s worth noting here that in those days all State Police were mandated to retire at 50 years old). In all of his 24 years with the Mass. State Police Tom made many close friends, and left his family with many wonderful stories and memories all of which we will never forget.

In 1980 Tom went on to join many of his retired State Police colleagues at the Massachusetts Institute of Technology as a member of the Campus Police, and subsequently retired there in 1995.

Tom (aka Dada) most enjoyed spending time with his family at various parties and celebrations of which there were many. Tom had a lifelong love of the ocean and there were few things he enjoyed more than sailing – “Oh boy, is this the nuts” - he never had a bad day on the boat. Tom was a past member of Salem Willows Yacht Club, and more recently, Palmer Cove Yacht Club.

Tom was the son of Thomas P. Butler Jr. and Anna B. (Leary) Butler. He is survived his siblings Kathleen Sodders, Rosemary Mroz, Paul Butler, Janice Hyam, Ann Ryan. He was predeceased by his siblings M. Louise, John J. Butler, and Patricia Femino. And we would be remiss if we didn’t mention his life-long mentor: former Park Superintendent James L. (Jim) Foley.

We also want to thank the staff at Care Dimensions of the North Shore and Freedom Home Care for all their help and support during this emotional time.

ARRANGEMENTS: Relatives and friends are invited to visiting hours at O’Donnell – Cremations – Funerals - Celebrations, 84 Washington Sq., (at Salem Common) Salem, Tuesday, July 7th from 4 to 8 P.M.. Funeral service and burial in St. Mary’s Cemetery, Salem is private. All attendees are required to wear face coverings, practice social distancing and are respectfully asked for no physical contact with the family. Donations may be made in Tom’s name to Care Dimensions, 75 Sylvan St., Suite B-102, Danvers, MA 01923. To share a memory or offer a condolence, please visit www.odonnellfuneralservice.com

To send flowers to the family or plant a tree in memory of Thomas P. Butler III, please visit our floral store.