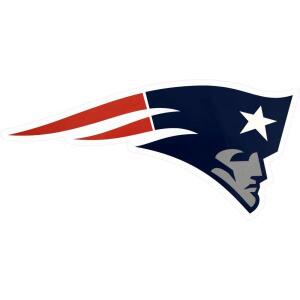 Born in Dorchester, he was the son of Charlotte (Matula) Hill. He was raised and educated in Salem, attended the former St. John the Baptist Polish School and was a graduate of Salem High School.

As a young man, TT worked as a Furniture Maker for Beverly Collier, as well as working at the General Electric and as a leather worker. For many years, he had been employed with the Commonwealth of Massachusetts at the former Danvers State Hospital and Tewksbury Hospital. More recently he had been employed in the construction field with True Line Dormers of Peabody.

A longtime resident of the City of Salem, TT was well known throughout the community. He was a passionate NASCAR and Dale Earnhardt Fan and a diehard rooter of the New England Patriots, never missing a game. TT was happiest with an ice-cold Budweiser in his hand; listening to Rock N’ Roll. He relished spending time with friends at the V.F.W. in Salem and at the former “Lonnie’s Place” of Salem. In his younger years, he enjoyed motorcycling, attending Bike Week and time spent at Lake Winnipesaukee and Old Orchard Beach, especially when laying out in the sun - catching a great tan. TT was a good guy, through and through. He was loyal to his friends, devoted to his family and always up for a good time. He will be deeply missed.

TT is survived by his niece, Heather Hill of Dracut, his nephews, Timothy Hill Jr. and his wife, Tammy of Salem and Christopher Hill and his wife, Emily of Middleboro, his great nieces and great nephews, Olivia Hill, Charlotte Grenier, Jackson, Emma and Declan, his sister-in-law and close friend, Joan Hill of Salem, cousins, Janice, Susan and Jackie Matula of Salem, his extended family, Lisa Dion and her daughter, Sarah and Nicole Chittavong all of Salem, his dear friends, John O’Donnell and his daughters, Rachael and Alaina all of Peabody, Donnie Pelletier of Salem, George Sands of Alton Bay, N.H. and Lonnie Thibodeau of Danvers and many extended family members and longtime friends. He was the brother of the late Timothy Hill Sr.

ARRANGEMENTS: Relatives and friends are invited to attend TT’s visiting hours which will be held at O’Donnell Cremations – Funerals – Celebrations, 84 Washington Sq., (at Salem Common) SALEM on Friday, Nov. 5th from 10:30 A.M. to 12:30 P.M. followed by his funeral service at 12:30 P.M. Burial in Greenlawn Cemetery, Salem. Masks are required at all services. Donations in his memory may be made to the V.F.W. Witch City Post #1524, 95 Derby St., Salem, MA 01970. To share a memory or offer a condolence, please visit www.odonnellfuneralservice.com.

To send flowers to the family or plant a tree in memory of Thomas “TT” Matula, please visit our floral store.